Feeling Like We Are Living in the Twilight Zone 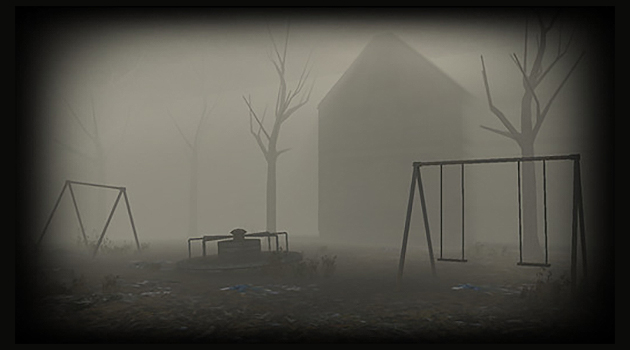 Let’s look at what kind of things have been going on in the world lately. I personally feel like we have been living in the Twilight Zone, and that is because of most recent events from everyone trying to go back to normal at the end of this pandemic, to Russia deciding out of nowhere that it was going to be an abusive ex and try to reclaim Ukraine, to the solar flares increasing power with their eruptions, to scientists chaining themselves to coal money-hungry buildings. As a millennial living through what seems like my tenth major event, I am getting a bit tired of it all. I am sure you can relate, too. So let’s unwind with a spooky food-for-thought post.

There’s something I have been wanting to take a deep dive into and that has to do with the calendar year. I know you are thinking, “Nicole, what does the calendar year have to do with anything that is happening right now?” I can assure you it does more than you think.

I was scrolling through TikTok other day and came across a video where this girl was talking about the different calendars, the Gregorian calendar, which is what most of the world follows, and the Ethiopian calendar. But what led her to talking about the calendars is that apparently recently all the clocks in the world were off, digital and analog. Now what got me puzzled was how in the world were ALL THE CLOCKS off and telling different times. This took place last year in January. I personally don’t remember this happening, but then again, I am lucky to remember what happened yesterday. If you go to Google and try to find anything about it nothing shows up. At least not for me when I went and tried to find out more, other than the video that told me about it.

Then she goes on to tell about how the New Year’s Eve Ball didn’t drop on time and that it was minute late. That then leads to her talking about the different types of calendars because she just found out that the Ethiopian’s calendar has thirteen months within a year. Someone then said under that “We have thirteen months, and we are now in 2014. Today’s date is Thursday, March 22, 2014, and our new year is on the first of September.” That then led to another user commenting “So the Mayans were right? COVID really did happen to everyone in 2020 because according to the Ethiopian calendar that means the year is 2012 and it was the end of the world.” This where I stopped and went and did some research, thinking no way is this true.

You can search for this on Google if you don’t want to take my word for it. The calendar used by Ethiopians started around AD 400, and that date of creation was August 29, 5493 BC. The Gregorian calendar, which is what we use here in America, was adopted by much of Catholic Europe in 1582. Because of this, we lose about eight years in between the calendars. Do you see where I am going with this? December 21, 2012 on the Ethiopian calendar is December 31, 2019 on ours. The last day of the world according to the Mayans was on that day. That was the day the world ended, and I think they were right.

I go back to the video to finish watching it, and she states that when we entered the year 2020 there was shift. That’s why everything has been off. The new world started and shifted into a new dimension. Nothing has been the same it seems in the last two years alone. All this strangeness that is happening in the world it makes you think, doesn’t it? What if we are living in a new dimension or a parallel universe? You know the Mandela Effect? I think that is real because I remember certain things that apparently don’t exist in this world. No, I know what you are thinking, and someone just put the idea there in my head. Well, I can argue that then why was that already there in my mind when it got brought up? The way I thought it was not clearly how it is now in this world?

One of my favorite TV shows Doctor Who has this quote in it “People assume that time is a strict progression of cause to effect, but actually from a nonlinear, non-subjective viewpoint—It’s more like a big ball of wibbly wobbly…time-y wimey…stuff.” This quote alone makes me think we don’t understand time. We think we do, but we really don’t. We think that we can control it, but really it controls us.

If it is possible for us to be us living in another dimension or parallel universe, then it could be possible that cryptids are real or were real at some point. If you think about it, every story has some form of truth in it. Always makes you wonder and think about it, ’cause in 1897, Bram Stroker’s Dracula book came out. Granted the story was based on people, race, sexuality, etc. Again, some truth is hiding within the story, but it also makes you wonder if vampires could have been real. I think we all want to believe there is more out than what meets the eye. We know the government has admitted to aliens and flying objects in the sky, so why should the thought of cryptids not be real. That someone like Veronica could have run a brothel back in the day and be a creature of the night. That magic did once rule this world. Ghost have been proven to exist, so why do people think that possibility of living in another dimension or a merge of parallel universes doesn’t exist and isn’t real, even though NASA admits to the multiple universe and parallel universe theories.

With everything that is going on in the world nowadays, these ideas are not scary to me. I think they could be true and hold some form of truth to them. Until then I will keep listening, following, and learning about it and see where it goes. I hope you guys enjoyed my fun theory talk about dimension, parallel universes, time, and the end of days. Please don’t forget to subscribe and follow for all Unbrandable Media content and until next time!

Nicole Jackson is our fast-acting front line. She’s invaluable as so much more than Unbrandable Media’s friendly face. Coming from an accounting and business background, she is steeped in professionalism that is only occasionally eclipsed by her passion for roller derby, horror, sci-fi, and all things spooky and supernatural.

Six Things to Put You in the Halloween Mood for SPOOKY SEASON! We now have a Patreon!!!

We now have a Patreon!!!

Six Things to Put You in the Halloween Mood for SPOOKY SEASON!

Here’s Why You Need to Listen to The Living Fears